Winter is falling around a fjord in what is Nordland today, just below the arctic
circle. Snow covers the ground and the forest is silent. The men will soon return from their mercantile expedition to cull their flocks and prepare for the cold season.

A group of magicians arrive to oversee a Naming Ceremony but will soon find themselves wrapped up in a Norse community's history and relationship with their nomadic neighbors as they fight a seemingly mythological supernatural force.

Garm Bays Loudly is a scenario for Beyond the Fence, Below the Grave, an investigative roleplaying game inspired by Old Norse myth and magic.

Garm Bays Loudly is an adventure for the excellent Scandinavian-horror-investigation-and-mediation trpg Beyond The Fence Below The Grave.

The PDF is 17 pages, with fitting old-school black and white art and a bare, zine-y sort of layout. It's well-organized and easy to read.

The source system, Beyond The Fence, has a historical bent to it (at least, apart from the rampant supernatural forces,) and Garm follows that trend. It leads with a page of historical context, and there's further notes at the end.

Like Beyond The Fence's other adventures, Garm revolves around a timeline. The natural state of the community will proceed towards calamity unless the players intervene---and depending on how they intervene, the timeline will diverge.

Without spoiling the plot (which is good,) Garm is the kind of adventure that you can get away with once or twice. Even so, it's worth it. It's either a good starter adventure or a fierce curveball, depending on what you've run before it.

Beyond The Fence feels like it takes some chops as a GM to run smoothly, and Garm is no exception. You need to have a good sense of the characters involved, and the timeline, and also be willing to push the action forward and improvise. I think it'll be a blast to run, but you'll have to be focused the whole time.

On the player side of things, there's a lot to investigate, a lot of trouble to get into, and the adventure burns kind of slowly. The stakes don't feel terribly high at first, and there are *lots* of small interpersonal dramas to get involved in. If the group cuts right to the meat of what's going on, Garm can wrap up quickly. If they really engage with the world, it's probably going to be intense and stretch over several sessions.

Overall, If you've got the bandwidth to really focus on running the adventure, I think Garm will be an excellent experience for you and your group. And even if you don't feel ready to run Garm, Beyond The Fence Below The Grave is one of the best games I've read, and I'd strongly recommend checking it out if you like historical rpgs, supernatural investigations, or norse settings.

-It feels like it might be worth emphasizing more how scant daylight is during the winter. Daylight being a limited resource feels compelling, especially since the real spooky stuff happens at night, and it wasn't until I got to the end that I remembered that days are super short near the arctic circle in winter. Admittedly, this might be a me problem.

-By the same token, the dramatis personae being mixed in with the timeline felt a little confusing. For me, it was easier to read the list of characters at the end, sorted by location, than to try and juggle them along with the sequence of events. 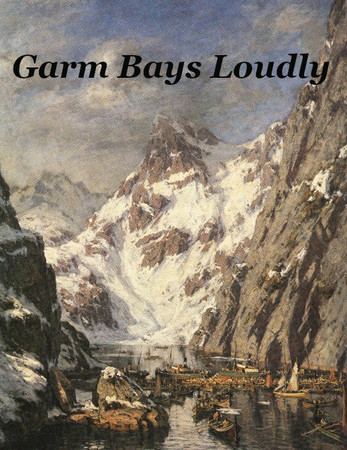 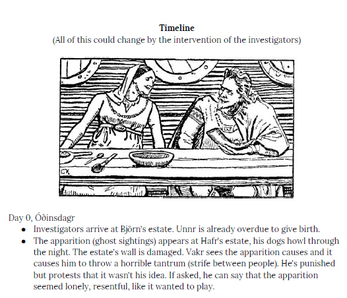 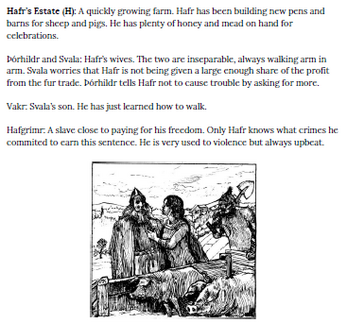 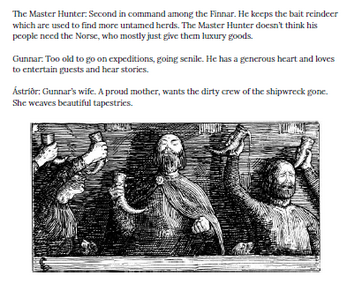