Two mighty families, the Geats and Ynglings, have made war all summer. Now the two are too be bound together by a double wedding at Uppsala, one of the most sacred places in the world.

All is not right at Uppsala. Tensions stir in the air, the ghosts of past grudges gather close, and foul tidings spring forth. Matrimony or antinomy, reconciliation or reignition, all will be decided by the actions of a group magicians called to the wedding feast.

Fall at Uppsala is a densely packed scenario for Beyond the Fence, Below the Grave, an investigative role playing game inspired by Old Norse magic and folklore.

Fall At Old Uppsala is a scenario for Beyond The Fence, Below The Grave---which if you haven't checked out yet, I strongly recommend it. It's a supernatural historical Scandinavian mystery diplomacy trpg with a tight engine and some nice crunch.

Fall's central focus is on an attempted truce between the Geats and the Ynglings in old Scandinavia. This truce relies on a wedding, which has to go smoothly or else conflict will begin anew.

The PDF is 10 pages and mirrors the core book's AD&D-feeling layout. It's stark, but it works, and it's very easy to read. The art is appropriate, flavorful, and well-placed.

Like in Beyond The Fence, a lot of great historical context is provided, but it's not intrusive. You can run this with a group that loves the historical feeling and really dig in, or you can run this American-TV-style and worry less about accuracy and more about character drama.

It's going to be difficult to talk about the contents of the scenario without talking about spoilers, but I want to say that Beyond The Fence is VERY GOOD at setting and subverting expectations in its scenarios, and that the theoretical win condition is that the otherworldly forces are appeased and stop their harassment---and that this is not at all the same thing as helping mortals.

There's a fairly big cast of NPCs and they're all complex and surprisingly fleshed despite having only a few lines of description each. They're also all inter-related in complex ways. Everyone has secrets, and only a few link directly to the reason the local occult has gone sideways.

This is not an adventure with easy solutions. It's more a question of who the players want to support. The consequences of failing to placate the otherworldly force are not nearly as catastrophic as in the core book's adventure. It doesn't feel too hard to ferret out the heart of the mystery here. There's way fewer herrings. There's just a *lot* of other peripheral stuff going on at the same time.

GMing advice is provided. It leans towards high prep, fully engaged GMing, but I think you can also run this scenario by following Dogs In The Vineyard's advice: people are always coming to the PCs, trying to get them to act on their behalf.

Overall, this is a dang good scenario. It's almost a perfect convention or demo game, and it's a heck of an introduction to Beyond The Fence. I think I'd almost recommend it over Season's Houses for new groups, as the stakes are lower and the escalations are less horrifying. If you already have Beyond The Fence, absolutely get this. And if you don't have Beyond The Fence yet, that is a gap in your rpg library that you need to fill. 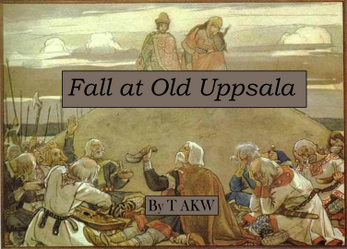 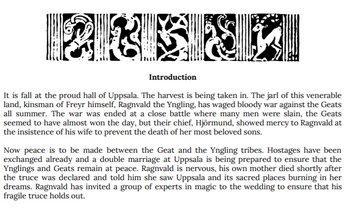 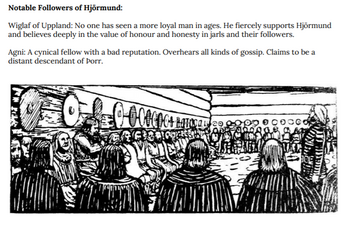